Don't Kill Your Business with a Fire 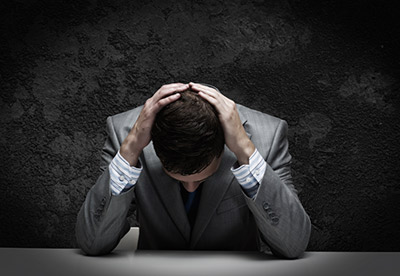 Sometimes, it doesn’t take months or years. Rather, it can happen in a matter of minutes. Without warning, a successful, well-managed business can lose everything: profitability, inventory, buildings, vehicles, records and customer orders can go up in smoke due to a building fire.

Fire disaster destroys or damages thousands of businesses each year. The National Fire Protection Association (NFPA) reports that there were 82,000 non-residential structure fires of all types in 2013. Financial loss from these fires was estimated at $2.6 billion. Even more significant, they resulted in 1,500 injuries and 70 fatalities.

What do these figures mean? The answer is simple: a building fire can kill a business.

Do the Benefits Outweigh the Costs?

Even in today’s world of low-cost, advanced technology, some business owners are reluctant to make the investment in a fire alarm system. Some say, “Fires don’t happen that often. We’ve never had a fire. We are careful, so there won’t be a fire in our business.”

One safety professional consulted with a senior business manager in a big-city high rise. The manager was not convinced of the importance of a fire alarm system, stating that the building had fire sprinklers in every room, so no alarm system was necessary.

The safety professional explained that by the time the ambient air temperature at the ceiling was high enough to activate the sprinklers, the fire would already be raging. Property and lives could be lost. The business could be ruined.

Fortunately, this manager was convinced. On the other side of the spectrum, some have learned the hard way. Fire suppression devices alone are not adequate to protect a business building from burning down.

Fire alarm systems give early warning of combustion. Often, they can detect a smoldering fire in its advance stages when only smoke or invisible gases are present. The alarm systems generally consist of several main components:

Remember that fire suppression systems (sprinklers, extinguishers, standpipes, etc.) serve a different purpose than a fire alarm system. While suppression may help control a fire once it has started, an alarm system helps prevent or limit damage by giving early warning of the presence of fire.

Failing to install a fire alarm system could be the equivalent of trusting a company's survival to luck. In minutes, fire can bring disaster, destroying the hard work and investment that has gone into building a business.

Most business owners agree that it is better to be smart than lucky. The best early warning system in preventing disaster is a fire alarm system. If properly installed, it increases business survival and recovery in the event of a fire and provides security and peace of mind.

When the potential destruction and loss from a fire are weighed against the minimal cost of the fire alarm system, it is easy to see that protecting a business is the smart decision. It all starts now: Protect your business’ future today!

Print
Posted By Ryan Temple in Fire
Most Recent

Security and Life Safety Services for Every Industry

Posted By Technology Install Partners
May 06, 2021 Category: Our Company

Technology Install Partners is your go-to all in one service provider for low voltage security and life safety since 2008. We are located in Indiana, Michigan, and Ohio, and provide our clients with access to video surveillance, access control, fire/security alarms, fiber, nurse call, and structured

The Benefits of Private Wireless Networks

Increase wireless connectivity and protect sensitive information in your company with a private wireless network!

The Issue with 5G: Safety and Security

We have all been hearing about 5G for quite some time now. Well, in February 2022, it will officially transfer into full effect. This switch has a lot of benefits, but it also has some roadblocks for many